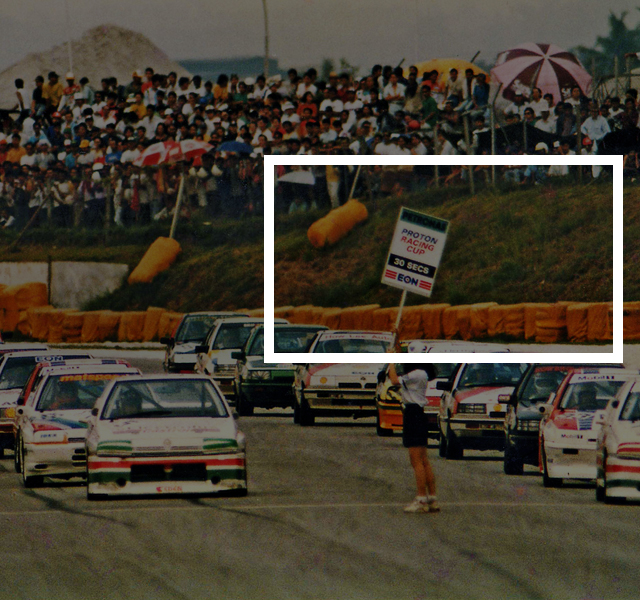 THIS IS OUR STORY

Our racing spirit was sparked in PROTON’s infancy. Our first taste of motorsports started with the formation of Petronas EON Racing Team (PERT) in the late 80s, a fruitful partnership between Petronas and EON. We started out with circuit racing then got increasingly involved in rally events. The performance and durability of Proton cars led our team to win many races in their respective classes – locally and internationally. The pinnacle of PERT’s success arrived in 2002, when the “Flying Sikh” Karamjit Singh and his co-driver Allen Oh emerged victorious in the FIA Production Car World Rally Championship for Production Cars.

A year later in 2003, Proton Motorsports Division, or Proton R3, was formed to push the envelope. We saw that in order to continue winning high level races and rally events, we needed to research and develop performance components to improve our competition cars.

At this point, we knew we had to ramp up our motorsport game thus Proton R3 Race/Rally Team was formed in 2004. The team competed in local track and rally events and won many of them including the Merdeka Millennium Endurance Race, Malaysian Rally Championship, FIA GT Championship and Japan GT Championship.

In 2010, our years of experience, research and testing bore the fruits of our labour. We surprised the world of motorsports when we released the now-legendary Satria Neo S2000 rally car. With heightened spirits and newfound tenacity, our team took the rally world by storm by winning iconic European rallies in Sweden and Finland.

Our momentum was massive going into 2011. The Satria Neo S2000 proved to be a formidable force as it went on to win 8 titles in the FIA Asia Pacific Rally Championship in some of the toughest terrains in the world.

Showing no signs of slowing down, Proton R3 continued its reign of dominance in endurance races. Relying on the strength and durability of Proton cars, consistent effort by the team of racers and engineers, and sheer passion from everyone involved, the team secured victories in the Sepang 1,000km (S1k) Race in 2012, 2014, 2016, 2017, 2018 and 2019.