Subang Jaya, 3 September 2018 – The recent trend of posting strong sales numbers for PROTON continued in August 2018 as the company set a new high point for monthly sales in 2018 for the third consecutive month. Sales grew by 18.5% over July, making August the strongest sales month for Proton cars over the last 36 months. In total, 9,501 cars were sold marking not only a new record for the year, but also the highest sales volume since July 2015.

In line with the increase in sales volume, a third consecutive month of growth in market share is projected. An estimated 15.4% share of Total Industry Volume (TIV) is expected for August though actual percentages will only be confirmed after the official numbers are published by the Malaysian Automotive Association (MAA).

As was the case for the first seven months this year, the evergreen Proton Saga and Persona remained popular with car buyers as they continued to lead sales for the company. The Saga put in a sparkling performance and broke through the 4,000 unit barrier with 4,174 registrations. The Proton Persona meanwhile just missed out on breaching the 3,000 unit plateau with 2,957 registrations for August. Other models performed strongly as well, fuelled by buyers looking for new cars before the end of the month.

“August saw a third consecutive month of sales growth for PROTON as we set yet another volume high for the year. This was primarily fuelled by the current zero-rated GST climate prior to the implementation of Sales Service Tax (SST), as well as our aggressive marketing campaigns that reminded Malaysians to take advantage of this once-in-a-lifetime tax holiday. The strong sales numbers show there is an increase in public confidence in the brand as more people are choosing PROTON due to the attractive overall package we offer. Our turnaround plan is on track so the onus is on us to make sure these new customers stay by delivering a high level of customer service,” said Abdul Rashid Musa, Chief Executive Officer of PROTON Edar.

PROTON to absorb SST for all models in September

The looming implementation of SST caused disruption in the Malaysian automotive market as car buyers rushed to make purchases before the tax took effect. PROTON had previously stated there would be a change in car prices when the SST is enforced but those changes won’t affect buyers of Proton cars just yet. This is because PROTON will absorb the SST charge for all Proton models in September, ensuring buyers can still benefit from the tax-free price.

“While PROTON acknowledges that SST will affect car prices, for September the Company will absorb the SST for all our models to give buyers additional time to make a purchase. This will benefit them during this transitional period and help PROTON maintain the sales momentum it has recently built.

“On top of absorbing SST for all models in September, PROTON will also be celebrating Merdeka Day and Malaysia Day this month by offering generous deals on selected modes. Discounts ranging from RM500 – RM1,000 will be offered for the Saga, Iriz and Persona while the recently launched Proton Ertiga Xtra, featuring new seat covers and a new touchscreen head unit, will be offered with RM2,000 off the list price” said Abdul Rashid.

Growing the number of 3S and 4S outlets

Having announced its intention to launch its first SUV towards the end of 2018, PROTON has also consistently reiterated its plan to upgrade its network of outlets and dealerships with the addition of more 3S and 4S facilities. As of 20 August, 96 development plans for 3S and 4S outlets (new and renovated outlets) have been approved. The targeted figure is 109 approvals by October this year.

“The upgrading of our sales outlets has revitalised the network of dealers who see the opportunities available to them. One even committed to selling 2,000 cars a year, an achievable target as the SUV and future products shared with Geely will be sold exclusively via our 3S and 4S outlets. These new outlets will also help PROTON serve its customers better, providing an ambience and quality of service that goes beyond what we are currently capable of,” said Abdul Rashid.

Tun Dr Mahathir Mohamed, departed for a working visit to China from 17 to 21 August which included visiting Geely Auto in Hangzhou on 18 August. The Chairman of Zhejiang Geely Holding Group, Li Shufu, hosted the event, allowing the Malaysian premier and PROTON senior management to meet with staff working there.

Tun Dr Mahathir also witnessed the signing of a Heads of Agreement (HOA) document between Geely Auto and PROTON to initiate studies focusing on the opportunity to manufacture and sell Proton cars in China. The move will grant PROTON access to the largest car market in the world.

The final for the first ever PROTON After Sales Service Competition (PASS) will be held at the Centre for Instructor and Advanced Skill Training (CIAST) on 29 September to 2 October. 15 finalists, selected from 5 regional competitions held from 20 July to 18 August, will compete for cash prizes and incentive trips worth a combined total of RM50,000.

“The PROTON After Sales Service Competition (PASS) showcases and rewards the best service talents in PROTON, but it’s also held to stress the importance of building a customer service culture within the Company. If our technicians can perform their duties with speed and accuracy in the heat of competition, we believe they can inspire their colleagues to do the same for customer cars, thus making quality of service a vital part of their job,” said Abdul Rashid.

Over the preceding months, PROTON ran a number of events to engage owners of its current range of cars. Three of these events concluded with exciting finales in August.

The first one was the PROTON 1 Tank Adventure, which ended with an epic final journey from Kulai, Johor to Juru in the state of Penang. 31 entries driving the Proton Iriz, Persona and Saga joined the event obtaining some amazing results including a new record of just 3.5L/100km for the Iriz. Participants were also given a special treat as the driving route led them to the PROTON Centre of Excellence (COE) where they were taken for taxi rides around the banked Proton test track before going for an exclusive visit to PROTON’s design studio to learn about the process of designing cars.

Another event was the Ace The Space challenge where four teams competed in the final. As with the preliminary rounds, the aim was to squeeze as many people as possible in to a Proton MPV though this time, a Proton Exora was used. The winning team managed to get 55 people inside, an achievement that earned them a mention in the Malaysia Book of Records.

PROTON also ran a contest with technology company Grab in August. Called the PROTON Wealth on Wheels (WOW) challenge, it recruited Grab driver-partners who used a Proton Iriz, Persona or Saga. Finalists were given the task to earn as much as possible in a single day using just one tank of fuel.

“PROTON will never forget its core products as buyers have been loyal to us for many years. Events such as the 1 Tank Adventure and Ace The Space allows the Company to interact with them as well as showcase the unique capabilities of Proton cars that make them a popular choice with Malaysians,” said Abdul Rashid. 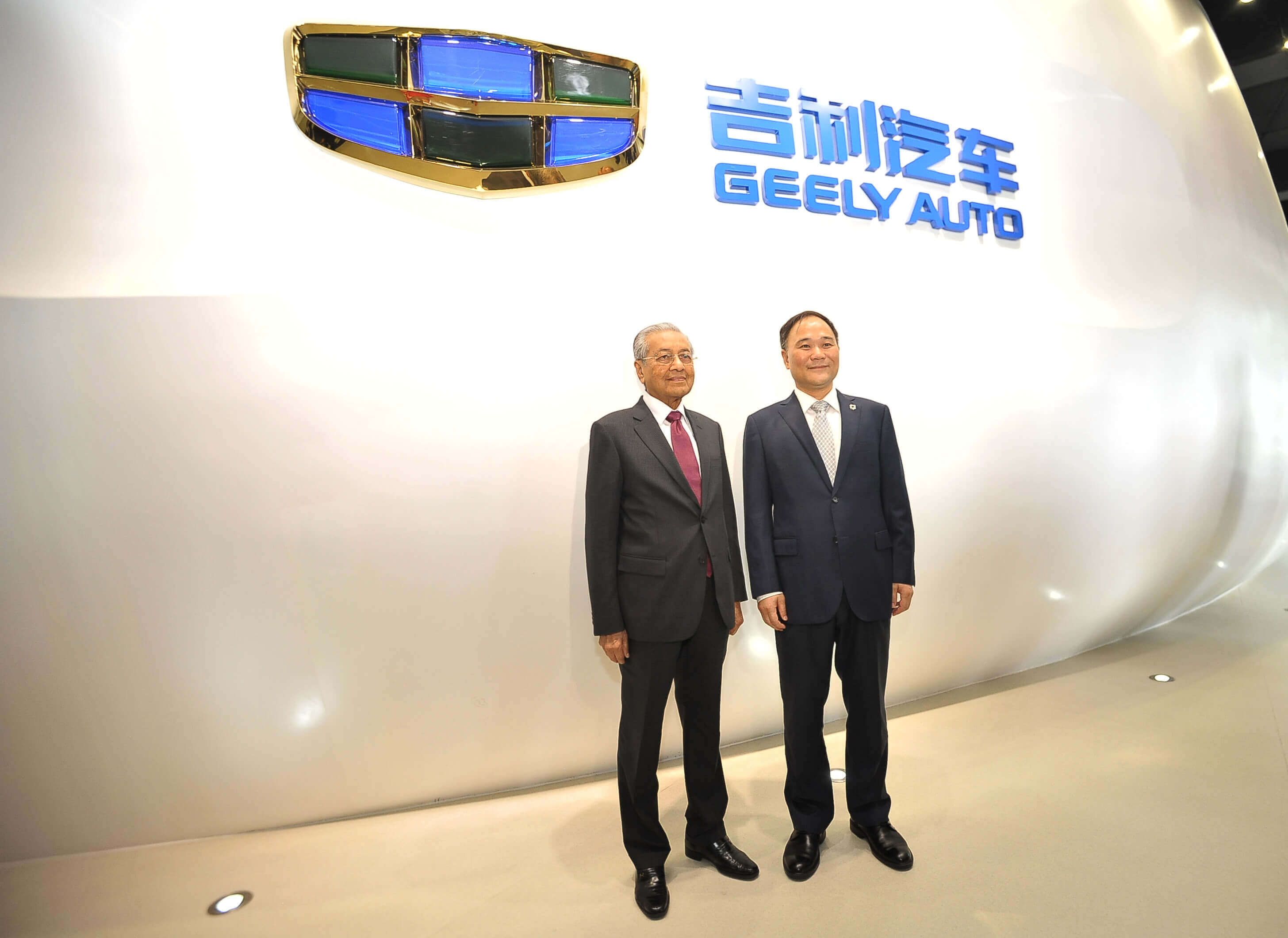 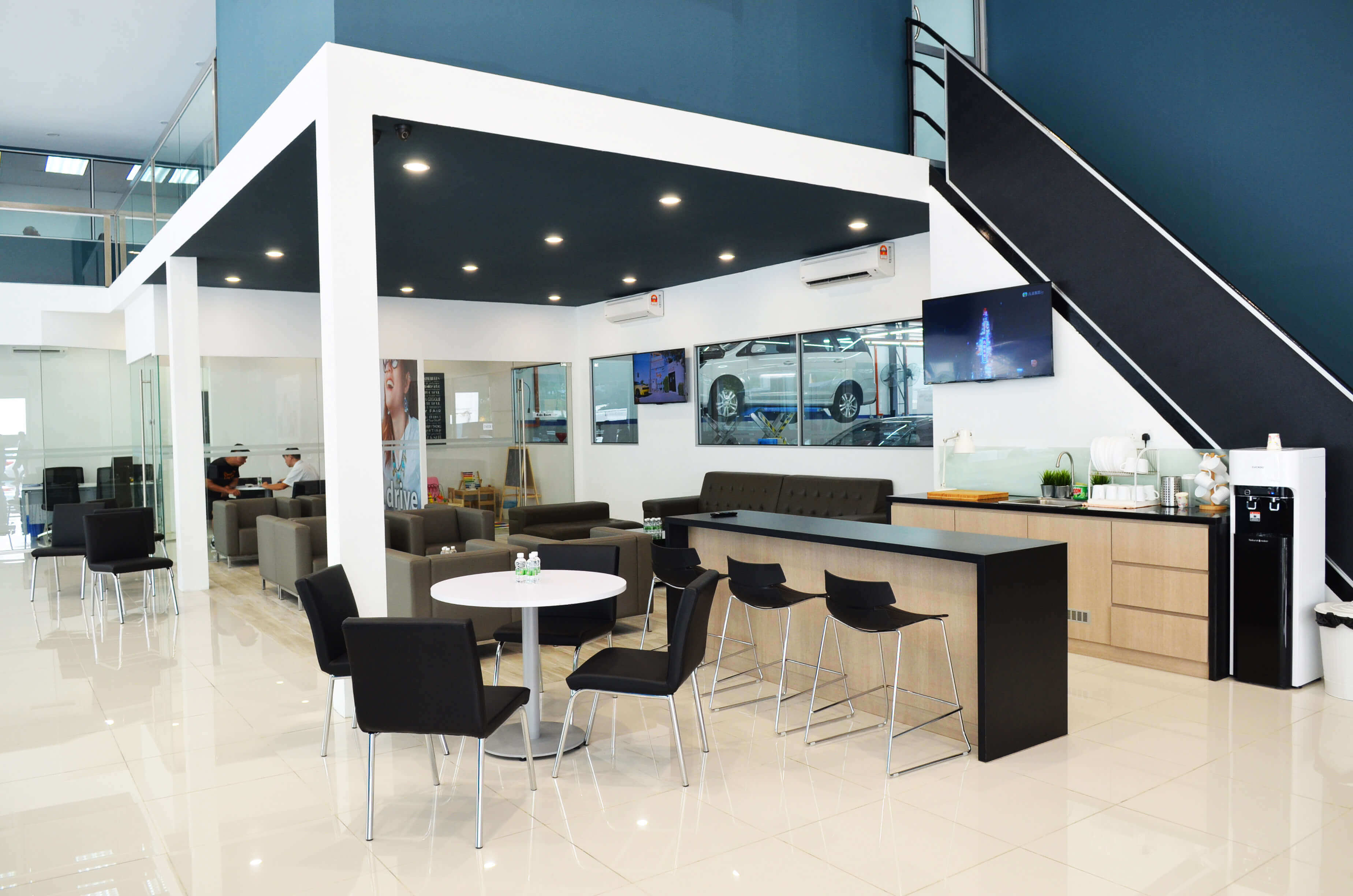 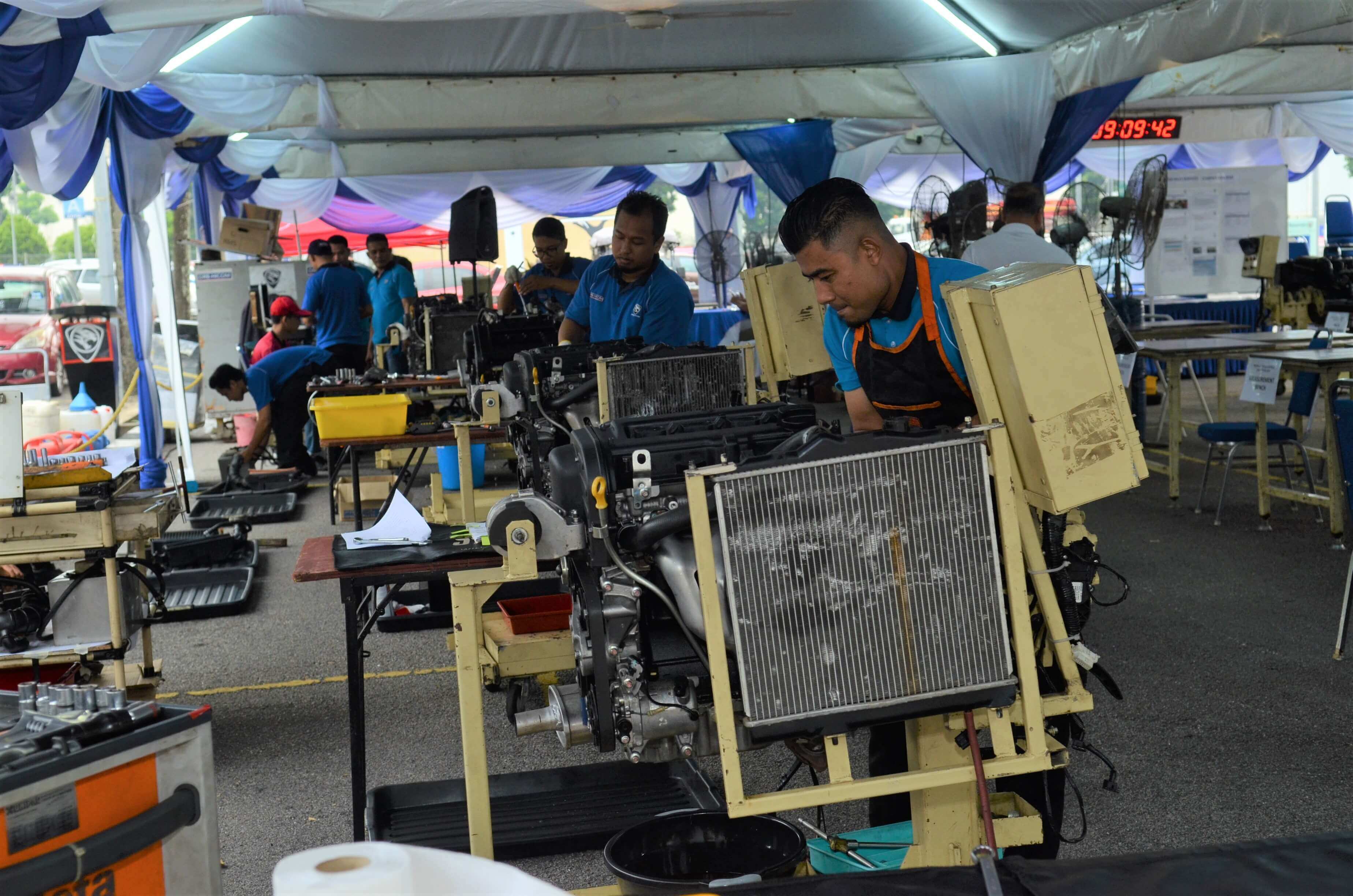 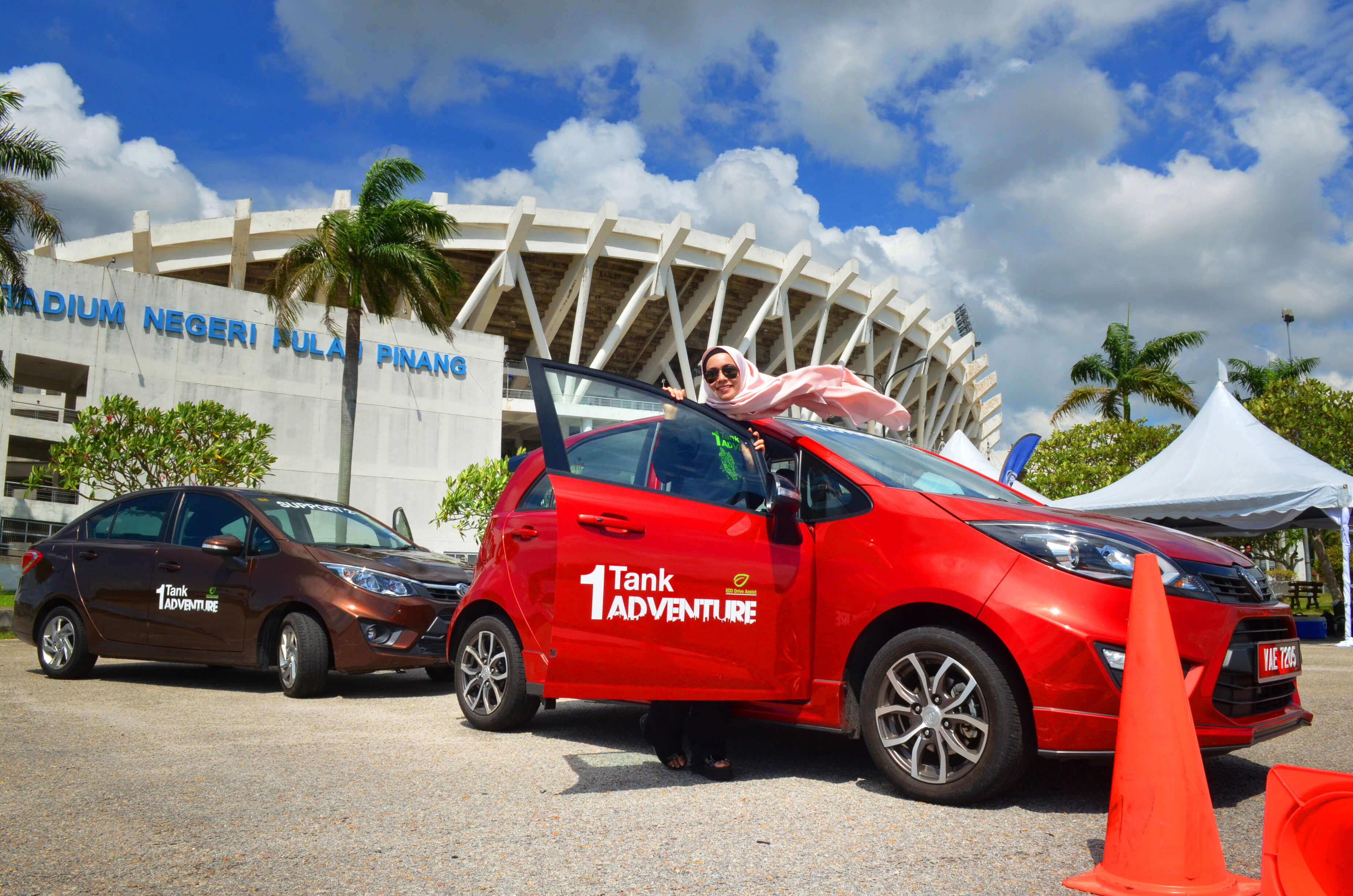 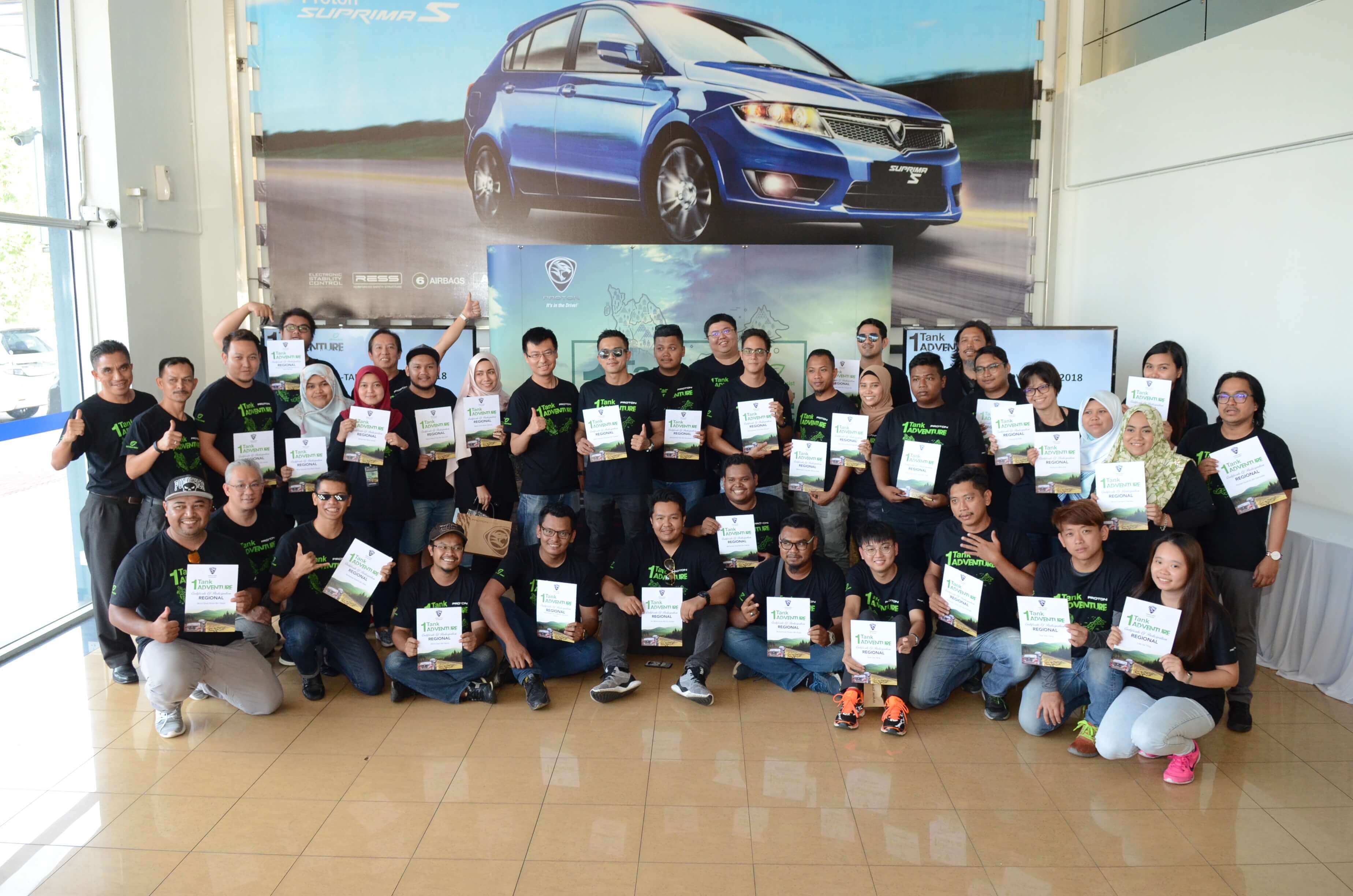 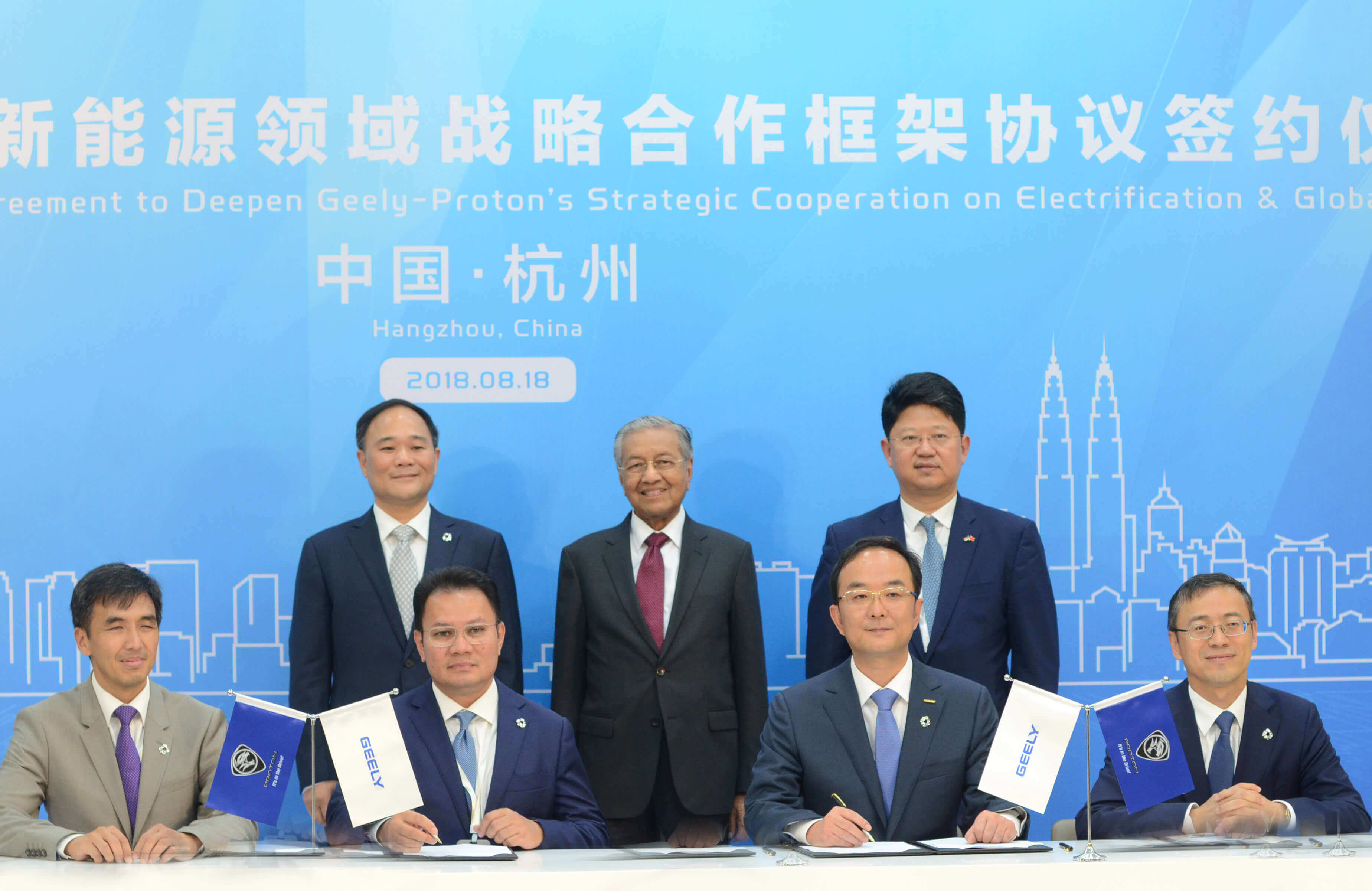 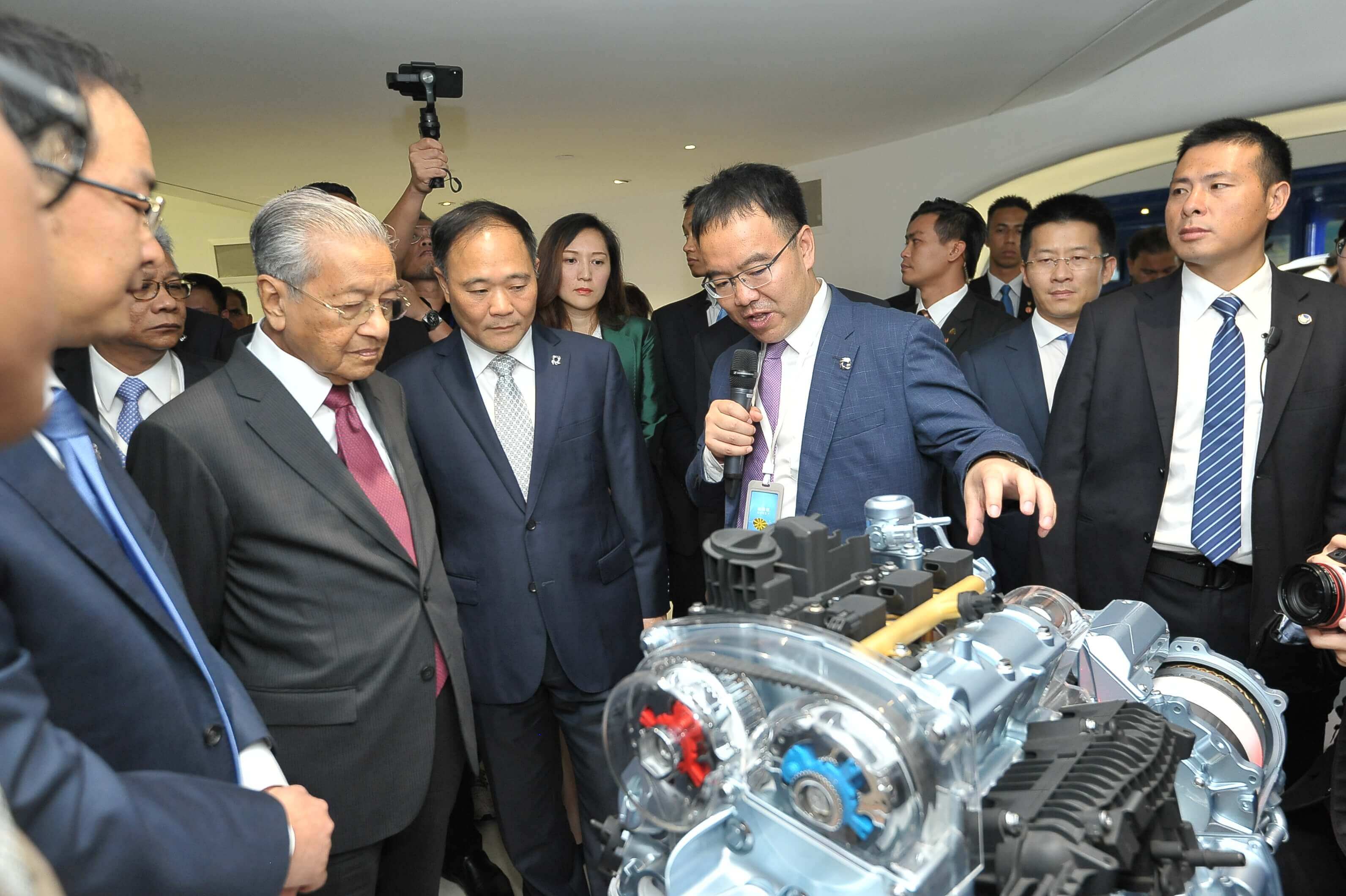 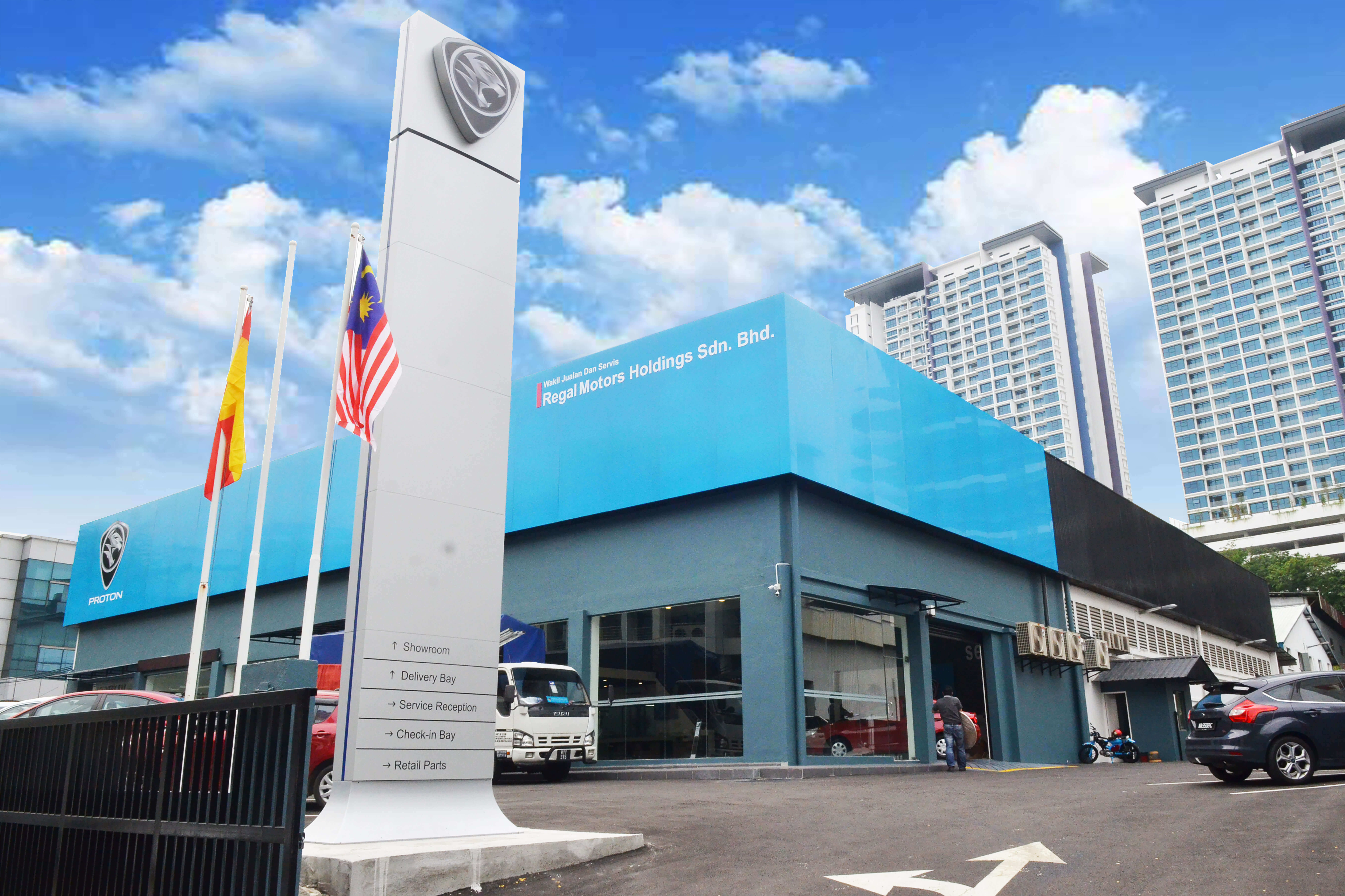 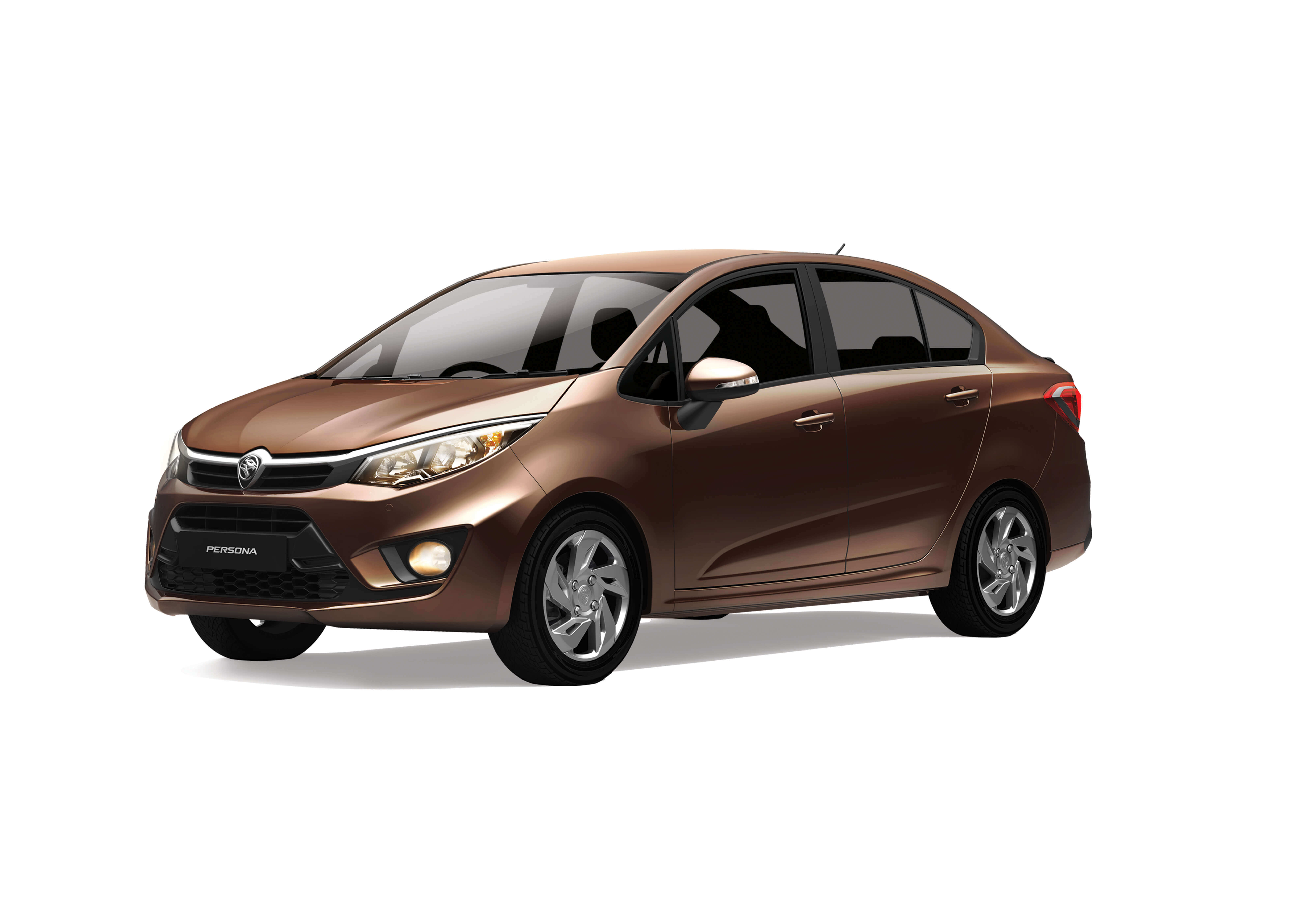 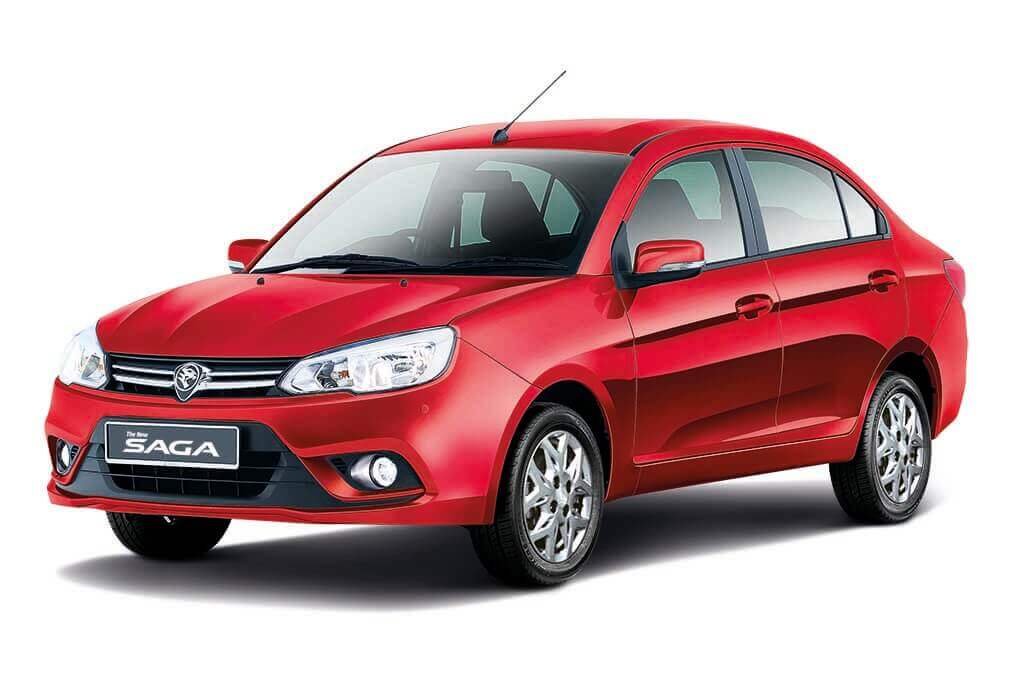 BACK TO LISTINGS
Next >
THE SEARCH FOR SPEED ACCURACY AND PROFICIENCY