Beijing, China, 26 April 2019 – PROTON exchanged documents with two different parties in Beijing to help power the Company’s expansion plans for the future. The first exchange was with ALHAJ Automobile (ALHAJ) from Pakistan and was a Licensing and Technical Assistance Agreement related to the building of a manufacturing plant in Karachi to assemble Proton cars for the Pakistani market. The second document exchange was with China Construction Bank (CCB) for banking facilities totalling RM1.88b.

Witnessing the exchanges was the Prime Minister of Malaysia, Yang Amat Berhormat Tun Dr Mahathir Mohamad, who is in Beijing to attend the second Belt and Road Forum for International Cooperation. The Malaysian premier also met with PROTON vendors for a dialogue session together with the Chairman of Geely Holding Group, Li Shufu, Chairman of PROTON, Dato’ Seri Syed Faisal Albar, Executive Vice President and CFO of Geely Holding Group, Daniel Li Donghui and PROTON board member, Shaharul Farez Hassan.

The two document exchange ceremonies between PROTON and its business partners in Beijing are both vital towards the Company being able to achieve its long-term goals.

The first was an exchange of documents for the LTAA between PROTON and ALHAJ. A follow-up to the symbolic ground breaking ceremony held in Islamabad in March, the LTAA cements the agreement for PROTON and ALHAJ to build a new CKD production plant to assemble and distribute Proton vehicles in Pakistan.

The new plant will be built in Karachi on a Greenfield site with an initial investment of USD30 million. It will also create 2,000 direct employment opportunities in its first three years of operations and an estimated 20,000 indirect jobs for supporting industries in the coming years.

The second document exchange ceremony was between PROTON and China Construction Bank (CCB), for banking facilities worth RM1.88b from one of China’s leading banks. The funds are earmarked to finance PROTON’s future business expansion plans as it strives to achieve its goal to be the number one automotive brand in Malaysia and number three in ASEAN by 2027.

“The exchange of documents between PROTON and its partners, ALHAJ and CCB, is a significant step in PROTON’s journey to achieve its long term goals. Expansion to foreign markets is critical for sales growth while obtaining financing allows the Company to invest in the many projects required to turn PROTON into a truly global automotive brand,” said Dato’ Seri Syed Faisal Albar, Chairman of PROTON.

After the agreement between Geely and DRB-HICOM to jointly develop PROTON was signed in 2017, the Company committed itself to play an active role to develop Malaysia’s automotive ecosystem by encouraging local vendors to develop their efficiency, quality and expertise to supply the high-technology components required by its future range of offerings.

This was done by matchmaking Malaysian vendors with their counterparts from China who were already suppliers to Geely to form new joint-venture companies and sign technical agreements. To date, 16 Chinese vendors have signed up for the initiative with six coming in as foreign direct investors. Cumulatively, these deals have garnered an initial investment of over RM270 million with 56% of the vendors supplying the electronics and electrical components sector.

PROTON vendors from both countries were present at the dialogue session to find out more about the market landscape, government policies, incentives and regulations for Malaysia’s automotive industry. It was also an opportunity to have their questions answered by Tun Dr Mahathir, who previously mentioned the industry is a vital component of the Malaysian economy.

Sales of Proton vehicles for the first quarter of 2019 have exceeded expectations by growing at the fastest rate among the three leading automotive brands in Malaysia. The charge is led by the Proton X70, which has been the best-selling SUV since its introduction. Currently, over 11,000 units have been delivered since the launch in 12 December 2018 while over 26,000 bookings have been placed for PROTON’s first SUV.

“Since its launch, the Proton X70 has been a proven success and won the hearts of Malaysian car buyers. At the same time PROTON’s investment to develop its sales network by opening more 3S/4S outlets has helped to attract more customers to the brand. As a result, the Company is confident of ending April with the second highest sales numbers in the industry,” said Dr Li Chunrong, Chief Executive Officer of PROTON. 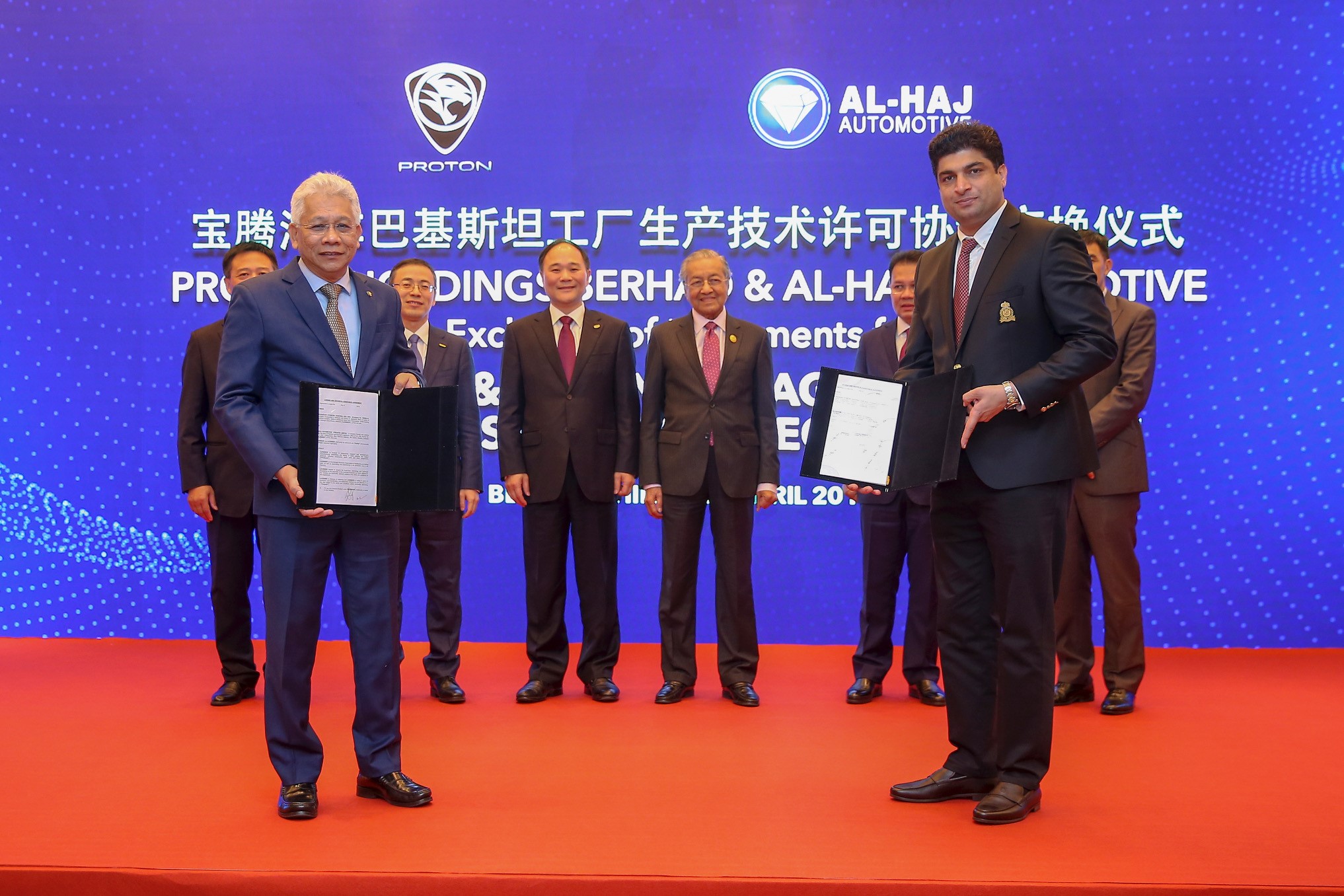 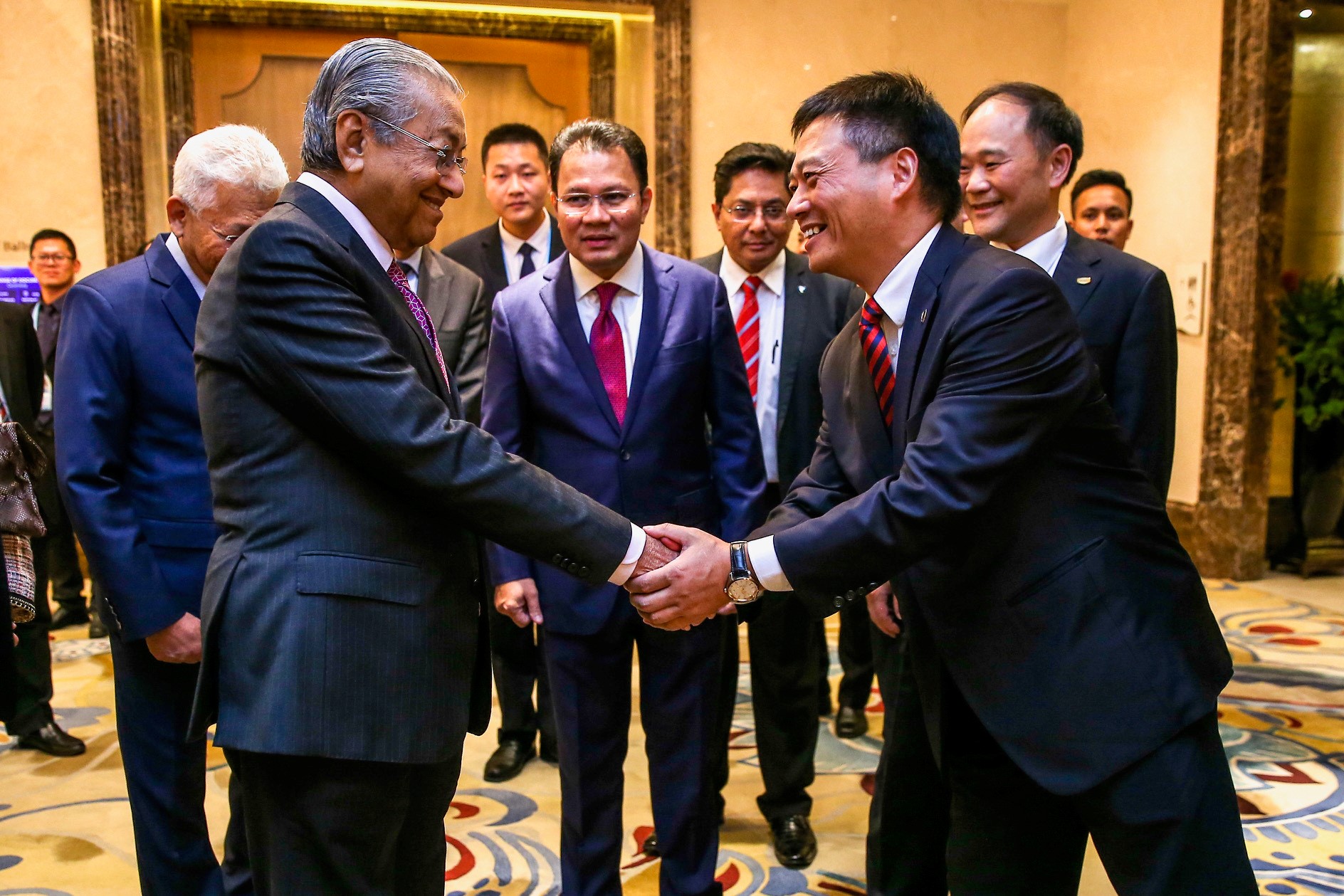 BACK TO LISTINGS
Next >
PROTON LAUNCHES THE 2019 IRIZ AND PERSONA