Priced at RM32,800 (Standard MT), RM35,800 (Standard AT) and RM39,800 (Premium AT), the updated version of PROTON’s iconic and best-selling model has received styling revisions, a brand new four-speed automatic gearbox and first-in-class smart features that not only set it apart from its competitors but also raises its value proposition. The Company also identified three unique selling points (USP) that when combined, form its model tagline of An Intelligent Proposition. The three USPs are Supreme Style, Smart Savings and Superb Stability.

Supremely styled inside and out

The story of the Proton Saga is synonymous with that of PROTON, stretching back 34 years and three full model changes. The 2019 Saga has been given styling updates that pays homage to its roots but also brings it in line with the rest of the Proton range.

Externally, the 2019 Saga receives a new and more aggressively styled front bumper with integrated daytime running lamps. The grille also features the infinite weave pattern that was introduced on the Proton X70 and can also be found on the 2019 Iriz and Persona. An equally aggressive rear bumper matches the tone set by the front and the styling at the back is complemented by a new integrated rear spoiler and the PROTON script located on the boot lid. A set of 15-inch alloy wheels featuring a new design adds the finishing touch on the premium variant.

Inside, the most noticeable change is the floating 7-inch touchscreen monitor found on the premium model. Used to control the infotainment system, it has Bluetooth connectivity, 16GB of internal storage and smartphone connectivity for Android phones. Other changes include new seat upholstery, a new centre panel, new meter combination display with Eco Drive Assist and up to 3 USB ports.

Convenience features new to the 2019 Saga include a remote trunk release, a sun visor with a ticket holder and mirror, LED map lamps and new assist grips to match the new headlining material.

Mechanically, the biggest change is the fitment of a new four-speed automatic in place of the CVT previously used. PROTON’s engineers then concentrated on improving braking performance, Noise, Vibration and Harshness (NVH) levels and the ride and handling balance while adding a class-leading level of safety equipment.

The brakes for instance are now the same as those fitted to the bigger Proton Iriz and Persona while the use of a new four-speed automatic gearbox affords drivers better manual control of the gears during spirited driving.

Similar to the Proton X70 and 2019 Iriz, Persona and Exora, the 2019 Saga is offered with Extra Value packages. There are three standard Extra Value packages beginning with the service package that offers free labour services three times or for one year. Next is the interest rate package with financing rates as low as 2.98% per annum. Finally, the 2019 Saga also gets an insurance package that offers a number of benefits to customers who insure their new purchase with PROTON’s panel on insurers. 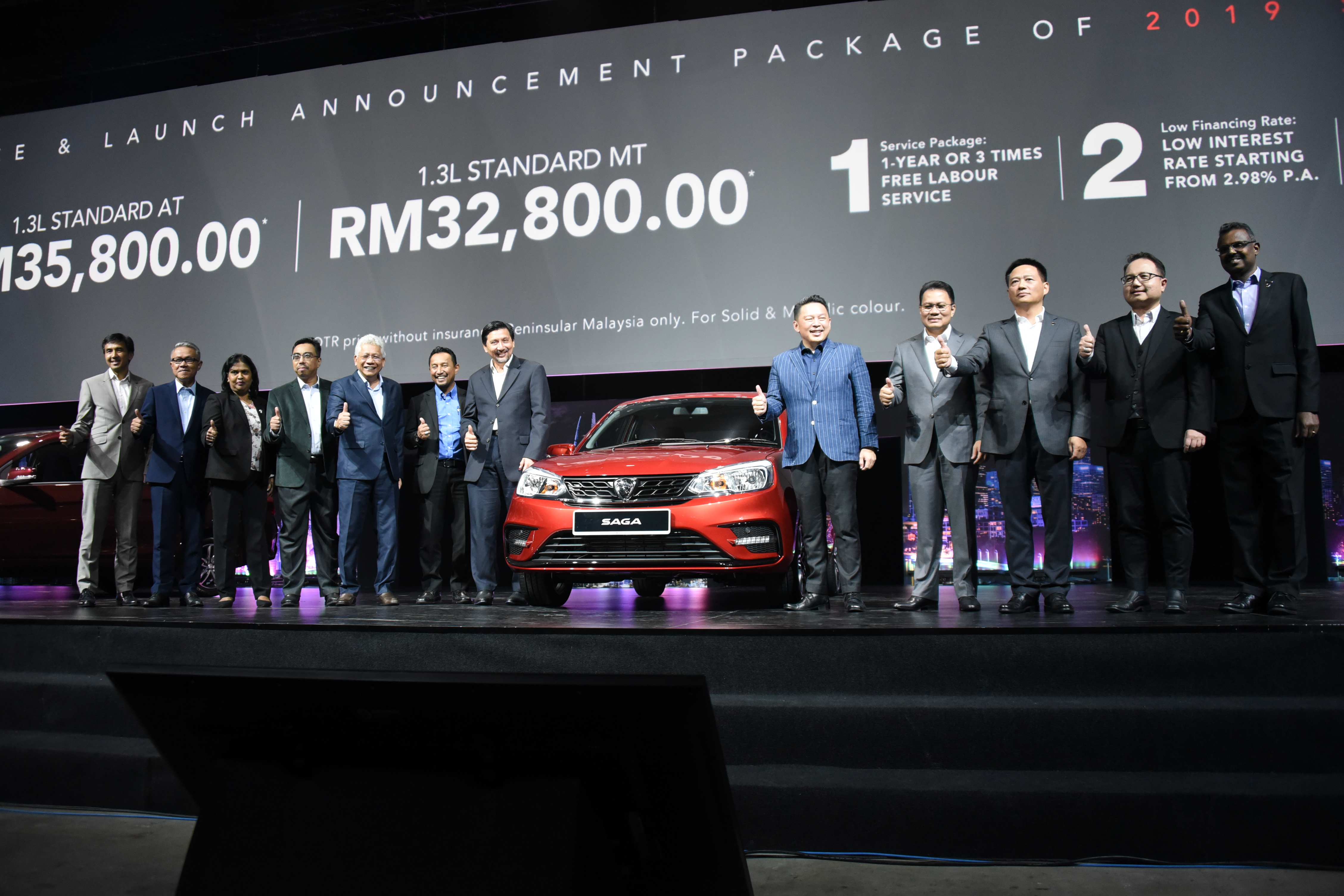 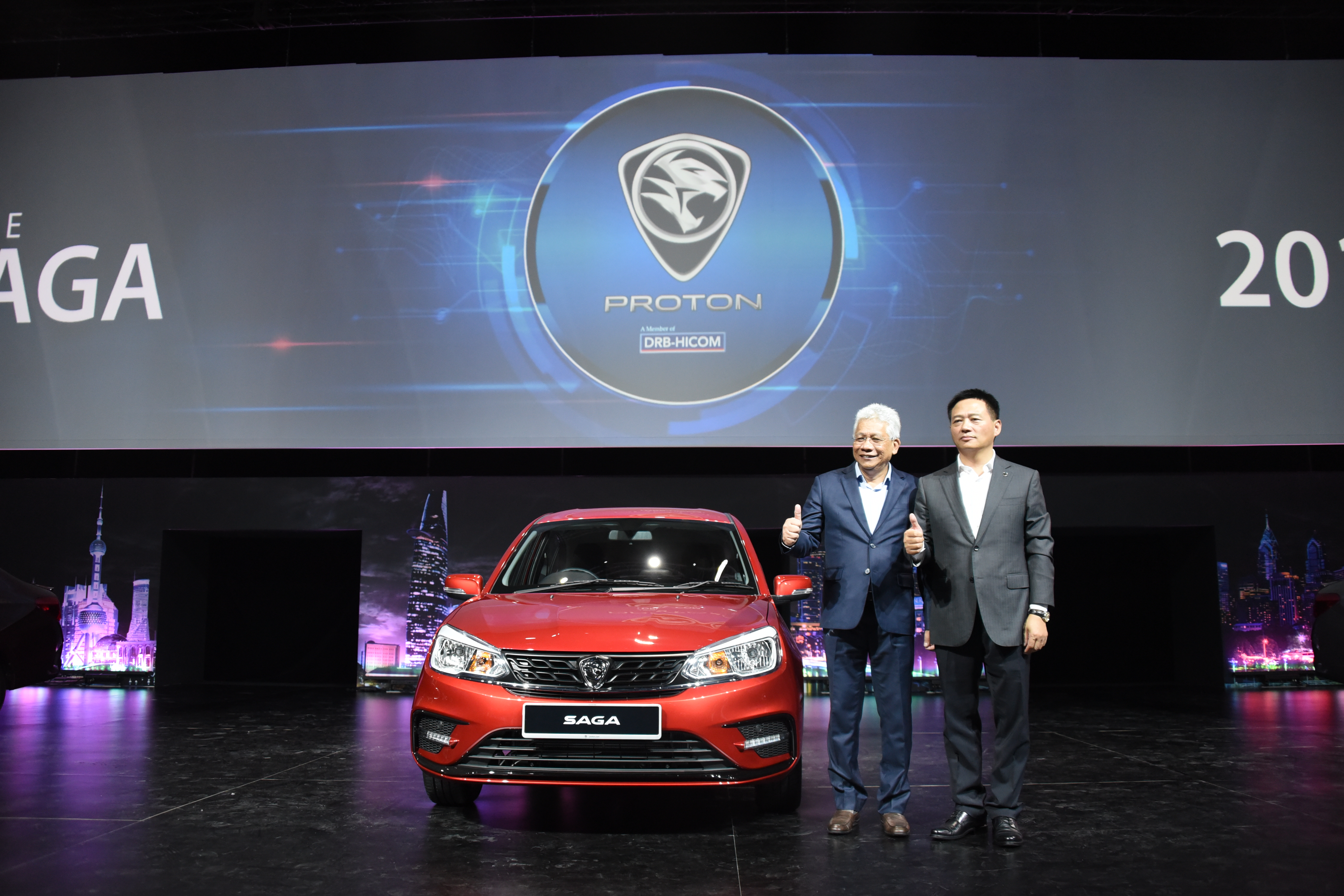 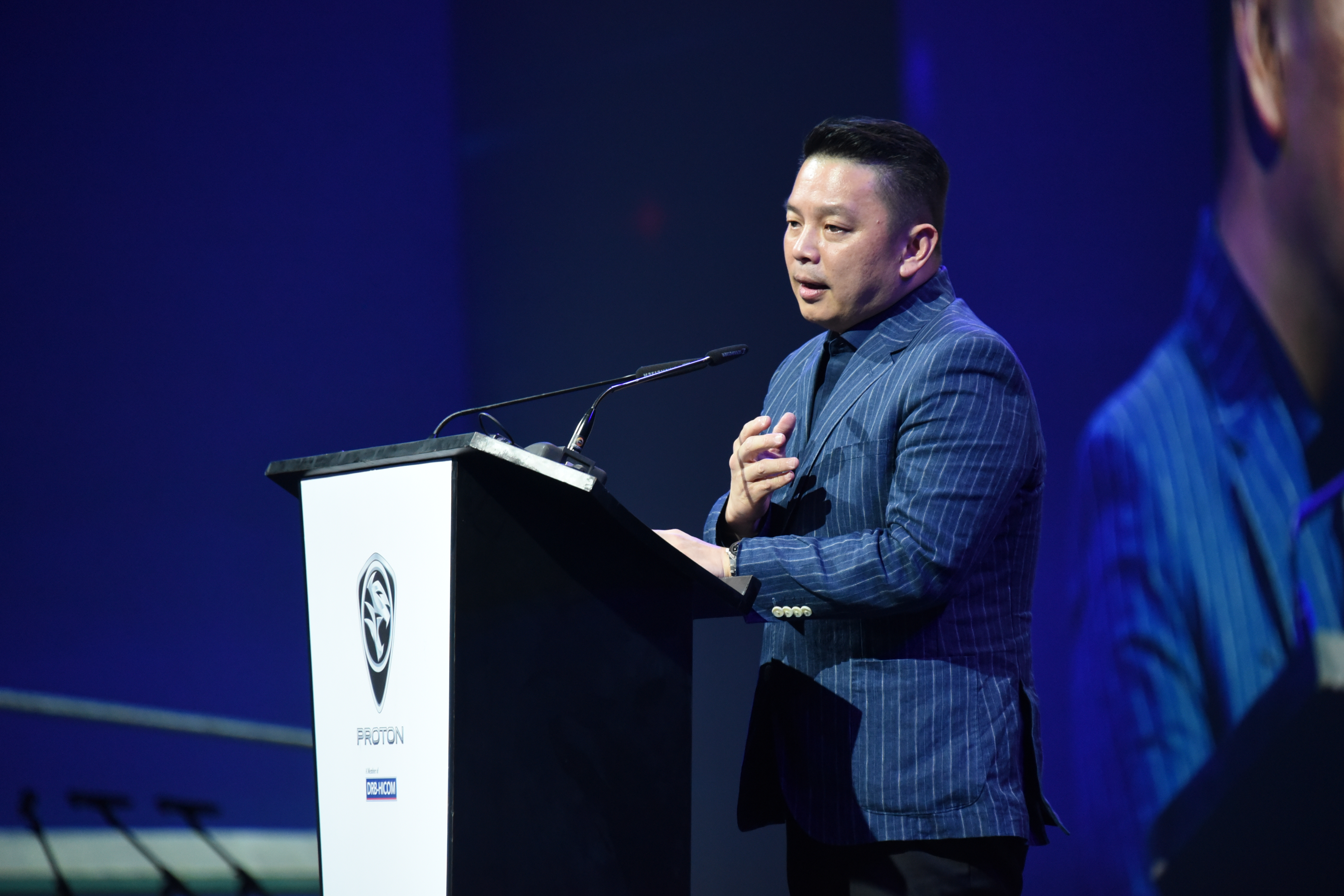 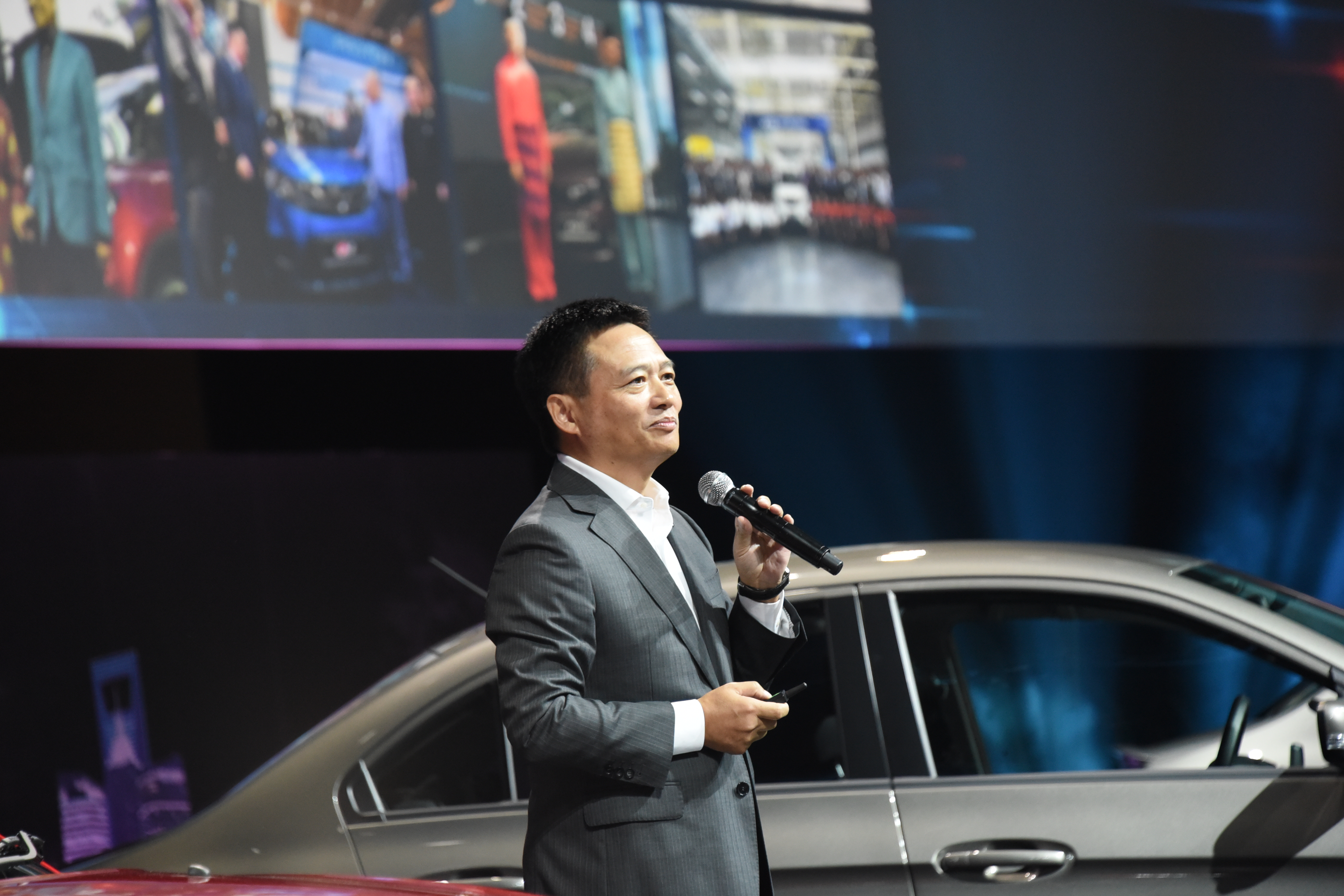 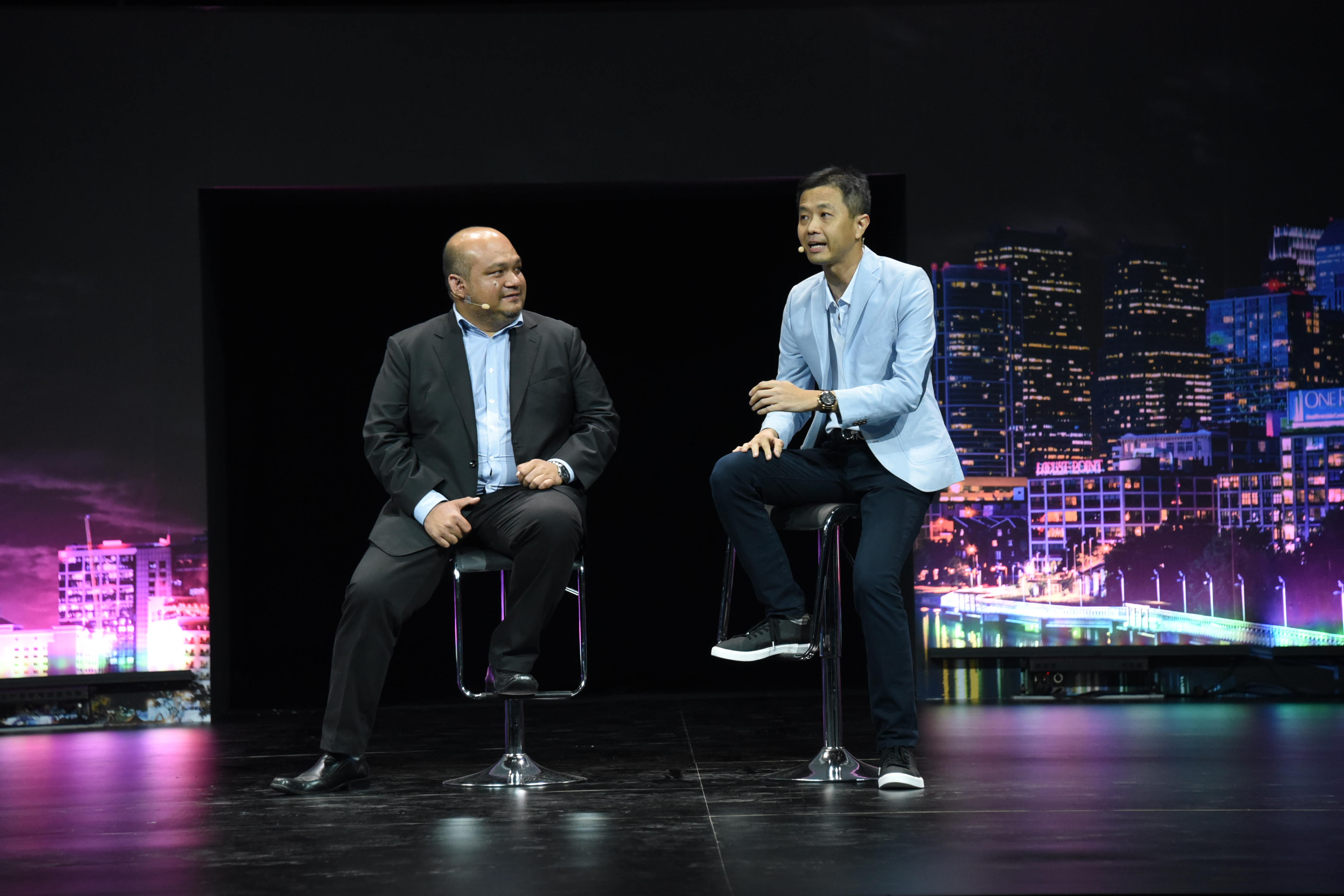 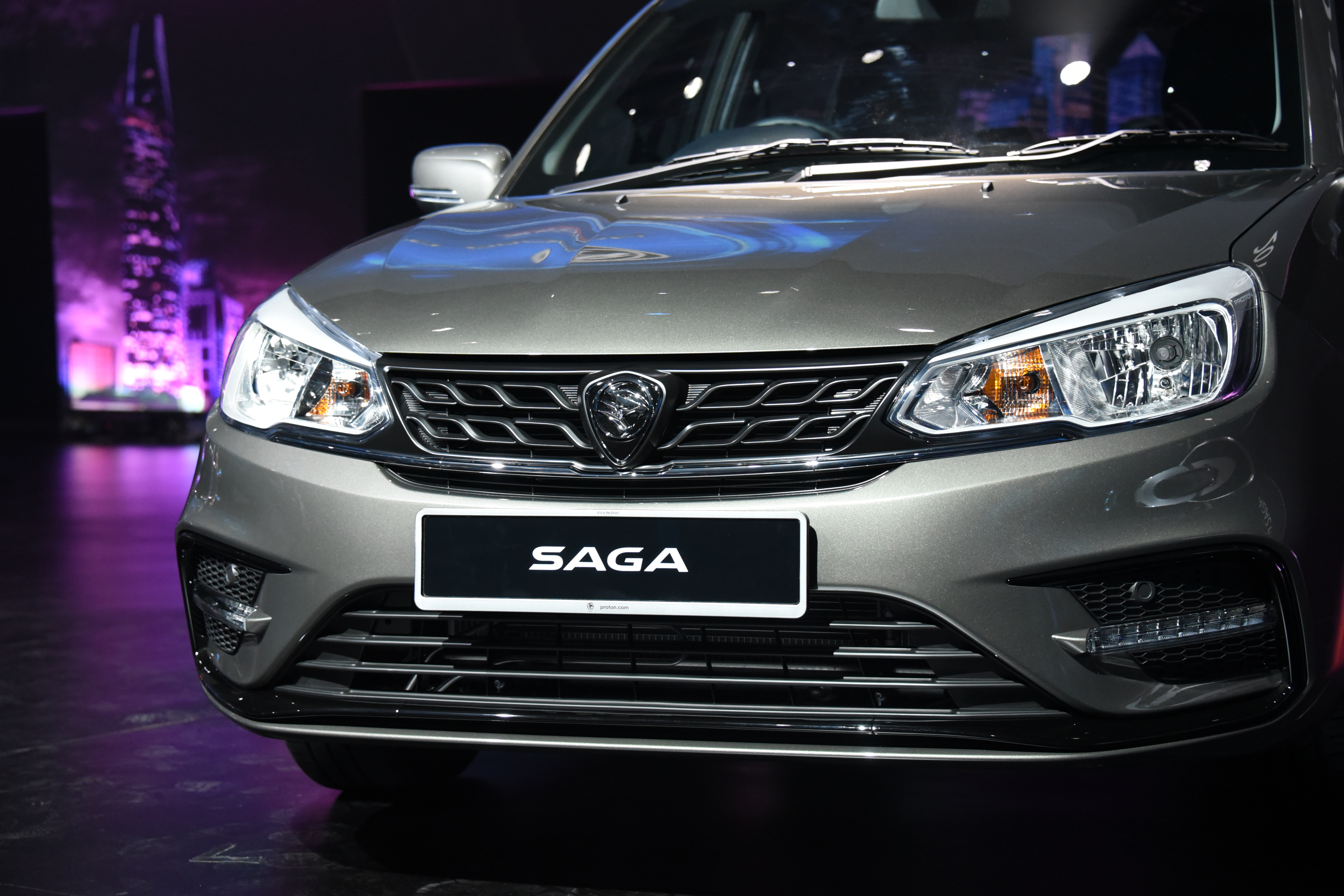 BACK TO LISTINGS
Next >
PROTON RECLAIMS SECOND POSITION IN OVERALL SALES