Subang Jaya, 10 October 2019 - The PROTON 1 Tank Adventure concluded with an epic drive that set off from Kota Bharu, the state capital of Kelantan, and ended at Johor Bahru. A total of 710km was covered by 36 finalists comprising of owners and members of the media who undertook the journey in 18 Proton cars, with everyone having to drive at real world speeds and face everyday traffic over a variety of road conditions.

A True Adventure to End the Series

While the preliminary legs of the PROTON 1 Tank Adventure featured drives that challenged the fuel efficiency driving skills of all participants, none were as long or as challenging as the epic route mapped out for the finals. Flagging off from the colourful city of Kota Bharu, the convoy of 18 finalist teams as well as invited celebrities wound its way to the scenic coastal roads that skirt the soft sandy beaches on the East Coast of Peninsular Malaysia.

The first checkpoint was at Pantai Rhu in Terengganu where every team participated in a challenge to try some delicacies from the regions visited over the last three weeks before feasting on a packed lunch of nasi kerabu with chicken and keropok lekor. After an overnight stop in Kuantan, all teams then made their way to Puteri Harbour in Johor Bahru the next day, where the final award ceremony took place.

To ensure the safety of all participants, rule changes were introduced for the 2019 edition of the PROTON 1 Tank Adventure, with time limits between checkpoints strictly enforced to ensure the speed difference between competitor cars and other road users were minimised. This resulted in an average speed of above 70km/h, which was deemed as a fair representation of real world driving conditions. For the final, all cars were fuelled exclusively with PETRONAS Primax 95 with Pro-Drive, which has proven to deliver a smoother, more responsive and efficient drive.

These were also not isolated performances as the results posted by all teams were really close together. For instance, of the six competing Proton Sagas four turned in figures of less than 5.00L/100km, proving that even in normal driving conditions with a number of different drivers and driving styles it is possible to post outstanding fuel economy numbers.

“The PROTON 1 Tank Adventure covered more than 2,305km to measure the fuel efficiency of our cars. Multiply that by the number of competing teams over all four events and over 40,000km would have been logged. This is a ringing endorsement for the fuel efficiency of Proton cars as the figures were obtained by owners and members of media on public roads instead of the confines of a laboratory test,” said Dr Li Chunrong, Chief Executive Officer for PROTON.

“PROTON would like to have more customer driven events in the future as we want to show all car buyers what Protons are truly capable of. From their fuel efficiency to their styling and advanced features to the ride and handling balance engineered in to all our cars, there are many reasons to choose a Proton as your next car and events such as the 1 Tank Adventure are a great platform to showcase those reasons,” added Dr Li Chunrong.

Launched on 6 August 2019, the 2019 Saga is the latest chapter in a story that spans 34 years. Over 2,000,000 units have been delivered to customers in Malaysia and export markets, making it synonymous with the history of PROTON. The latest version has been comprehensively restyled and introduces features such as a 7-inch colour touchscreen, new centre panel, new meter combination display and up to 3 USB ports. These changes have proven to be popular with Malaysian car buyers and as at the end of September, more than 20,000 bookings have already been placed, thus ensuring the continuation of the success story of Malaysia’s most popular car. 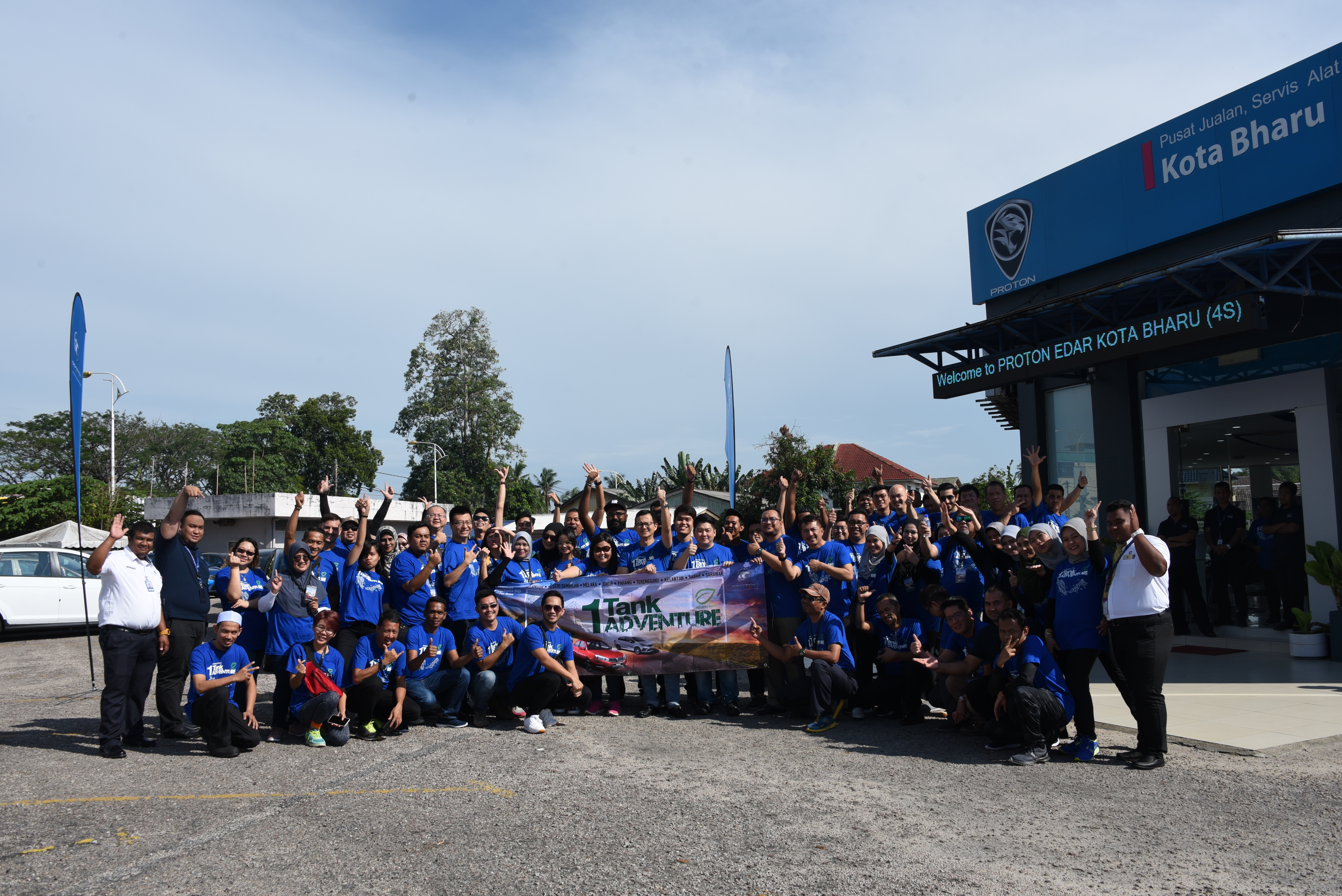 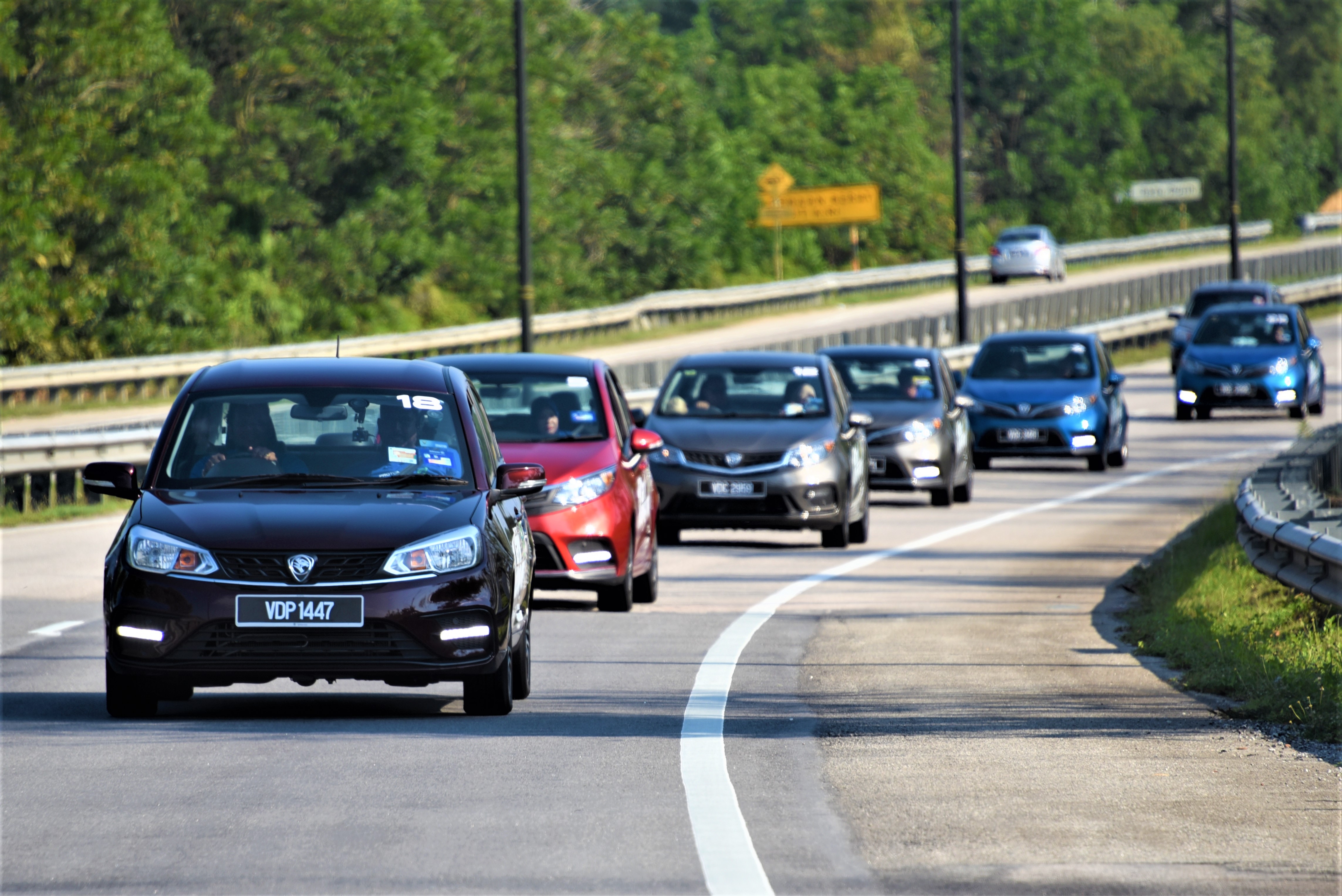 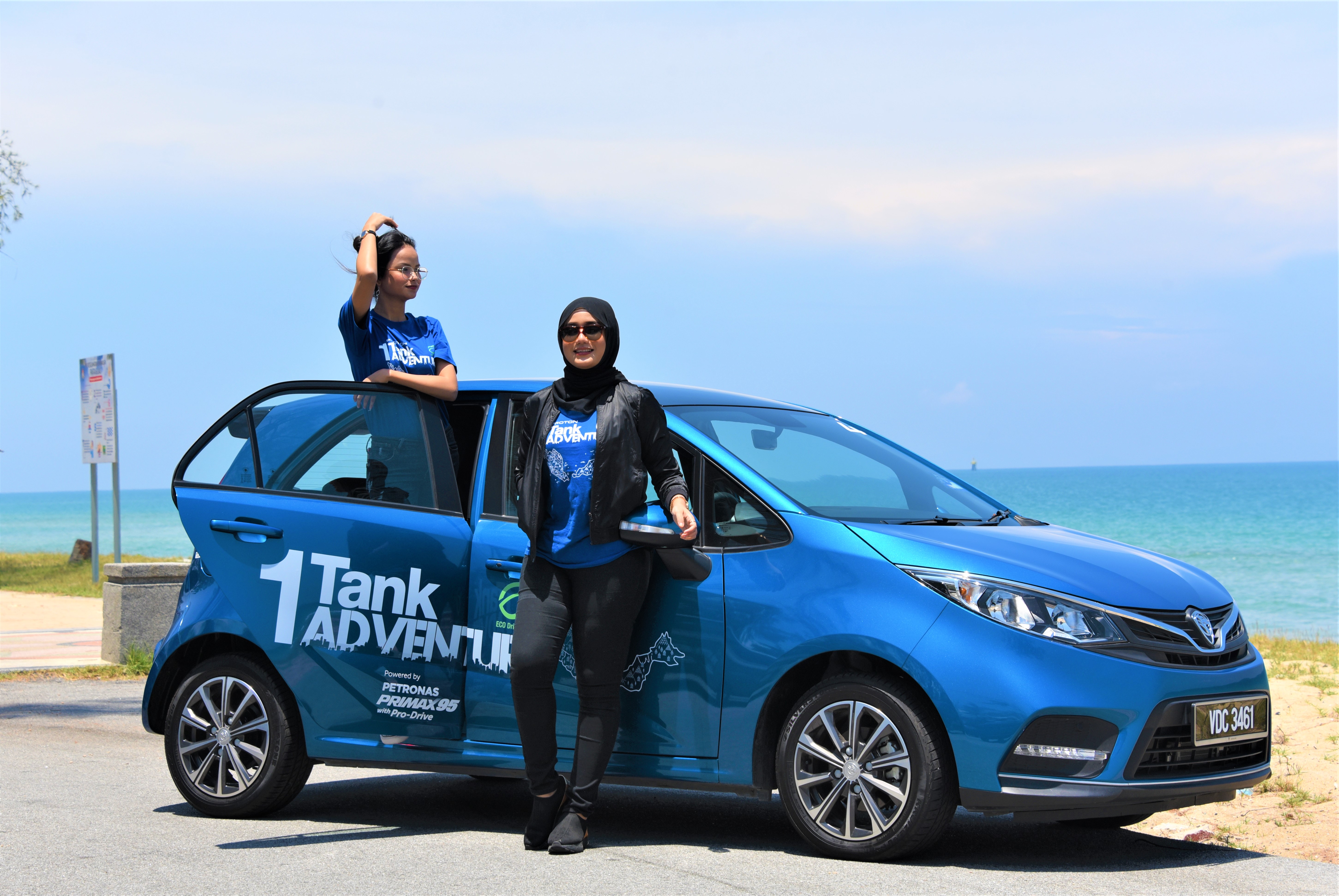 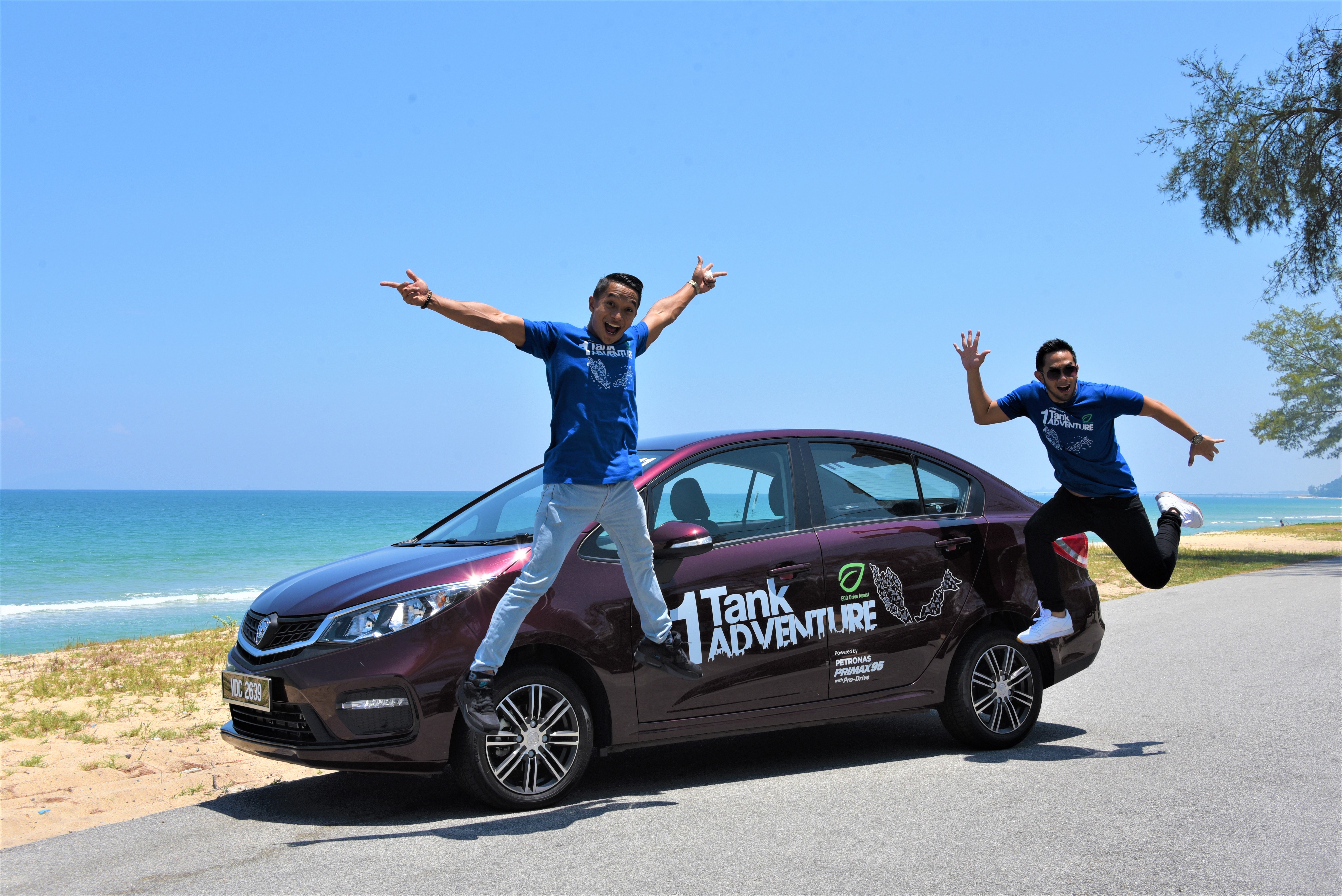 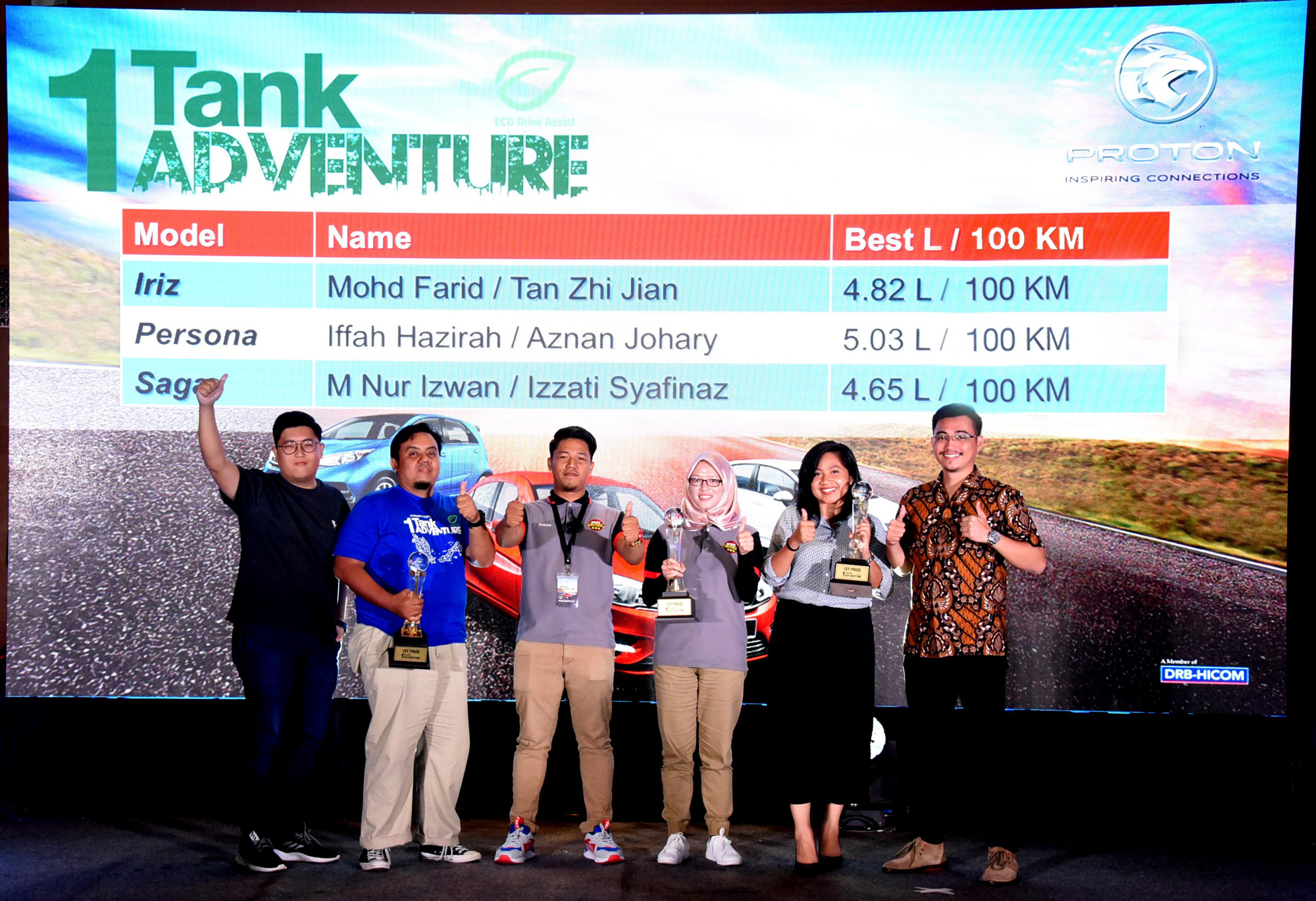